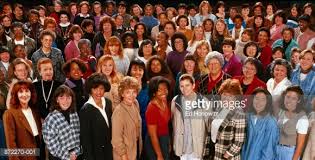 I'm not sure what the mentality is when it comes to WOMEN needing other women around them.  I don't think it's just because we need to talk about personal female things that men don't want to hear about - I think it's much, much more.

And there can be such a love/hate relationship among the women in those groups.

Can you say DRAMA QUEENS?    Most groups have at least one.  Many groups have more than one, which often ADDS to the drama. 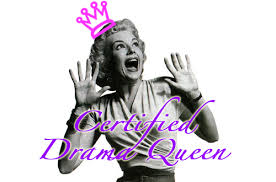 I have enjoyed the groups of women that I've had in my life for many different reasons.  Some of those women are still in my life - and a few of them have gone on as a group without me - or just gone on and found new groups.  We have each other for a reason, sometimes for season  -  and sometimes for a lifetime.

I am still in search of the perfect group of women to bead with.  Although - I have to say - I do my best work when I'm alone with my thoughts.  But once in awhile - it's nice to meet and greet.  The area group meets a few times a month - but after trying for a year or three - just didn't seem to be right for me.  I speak to a few now and then.  I'm sure they're beading on just fine without me....

And I know I've spoken of my Thursday group in the past.  We're a group of women (and there used to be a guy too) from the metaphysical bookstore that get together weekly for the MAIN purpose of talk about positive affirmation, meditation, and prosperity.    I've been a part of the group on and off for over 5 years.  I've been a part of the metaphysical world for much, much longer than that. 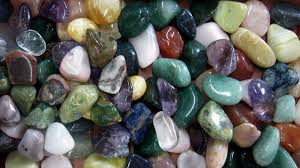 But even with a group of loving, caring, positive thinking women - we can have drama. And some of that drama affected me personally last year.  Enough to make me walk away. 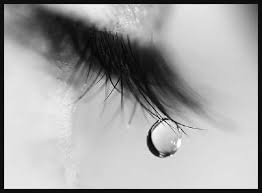 I felt the loss.  I mourned the loss.  I MISSED that group, and the love, support and laughter (and sometimes even the talks about politics) that many of them brought me every week.

So in my effort - my RESOLVE - for the new year to BE ME - despite what others say, think or DO to try to change it - I went back.  It's been a smaller group, but in just a few short weeks it's brought me the sense of comfort, calm and fresh thought that I so desperately needed.

The other groups I am involved with are FACEBOOK related - and the reason I came up with this (now lengthy and babbley) blog post.   I belong to THREE bead related groups on Facebook.  I joined each, again, for the companionship, the talk, the PHOTOS and the POSITIVE kudos about beading.  A couple of them have taken a turn for the negative of late.  One is simply too filled with people that don't seem to want to be creative - but COPY others creativity instead.
So as of today - I say buh-bye to each of them.  I have my personal FB peeps, who ALWAYS love and support, and my Cool Moon Creations & Beads page where I can post my newest designs, dilemmas and disasters.  Along with the Thursday Girls, and my cherished personal friends, it's going to have to be enough for me.

Besides.  With show season just around the corner, I need less maintenance and more LOVE.  :D  And hopefully more blogging - and MORE SALES!   I still haven't re-started a page of pieces available here, simply because when I do shows - EVERYTHING goes with me.  And because I'm so OOAK (one of a kind for those that don't speak bead-ese) I don't want to run the risk of selling something online that I sell at a show.  That would be bad.  For all of us.

Do you have a group you enjoy doing things with?  Comment and tell me about it.  I would love to hear from you.

Enjoy the coming spring.... and everything it brings!

And P.S.   Let me know what you think of the fresh new Babbling Beader Blog look!

All images courtesy of Google