So that’s why it’s so hard to take when something unexpected comes along to throw me for a loop.  I have been especially positive, or ‘in the vortex’, of late- things humming along, opportunities arising, sales coming slowly but surely – and then WHAM!  Not just a curve ball – but a full on out of the park slam bang issue.  Once again, we’re unable to use water of any kind due to sewer line back up at the house.  It happens occasionally– because we choose to live amongst the trees, most likely.  But usually,  Roto-Rooter is able to ‘send out a guy’ and have us back up and running in just under an hour.
Not this time.  :0(.   And it’s gonna cost us, not just money, which is a biggy for us right now, because we don’t have it, but in time, and our daily routines.  Right now I’m sitting at my mother in law’s dining room table, 30 miles away from my own, waiting on 3 loads of laundry, so I can have access to water for washing hands, brushing teeth, taking a shower and flushing toilets.  Day to day things that you only become aware of when you DON’T have them.  And I’m still trying to figure out how & why this kind of stuff has to happen.  I guess you can question it forever and not know.  It’s just frustrating.  And costly, as the case may be.  We’ve already shelled out almost $200 dollars – which was unsuccessful, so the next step adds another $250-$300 to the bill, with over $1,000 added to that if it’s what they suspect – broken sagging drain tile between the road and the house.  I asked my husband what limb he was willing to part with to pay for all this; we’re trying to keep the mood light, but are both concerned, as rightly so – about how we’re going to pay for it.  It has to be done – so we’ve got to find a way.
During my Thursday group meeting last week, I pulled a card that basically said “rest and wait”.  So I guess that’s sort of what I’m doing – didn’t bring any beads with me today, just computer, book and crosswords.  But since I think this thing is going to be semi long term – I’ll be spending a beading day with Sally tomorrow, using her facilities and making use of her home for awhile.  Then after that – It’s anybody’s guess.  I just don’t like not being home all day – for one thing – I miss my babies!  It’s not really practical or even easy to bring them over here- mom doesn’t really have a dog friendly house, plus I’ll be schlepping 3 baskets of laundry back home with me, and tomorrow  -  Sally’s little chihuahua isn’t exactly dog friendly – so I’ll be missing ‘em like the dickens! 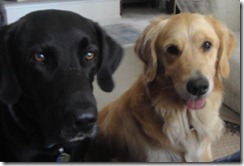 So I’m pretty positive that we’re gonna need a miracle – or at least maybe some big Etsy sales.  Like HUGE ones.  SOON.
Peaceful beading,
TTFN

My Life Under the Bus said...

Oh dang houses have a way of giving us heartburn don't they? We had our line out to the septic collapse when we first moved in! UGH then immediately we had to repipe the house replace the roof and water tank and water in the basement : P I hope you find a way to make it work XOXO

Sheryl, I know exactly how you feel. A few weeks ago I noticed a sulfur smell in the downstairs master bathroom. I cleaned the commode, the smell seemed to disappear. Now the smell is happening more frequently. So after perusing the internet for sulfur smell around the commode I discover: One, it might just be the seal (quick fix by plumber, not to expensive), or something is clogging the trap (whatever that is)which means more expensive to fix. And on top of that, my Dodge need new tires at $400 a pop. Why did I choose the SUV? Now my son just told me he needs his cell phone bill paid, and when I saw the bill, I almost pulled a "Fred Sanford." Just hang in there Sheryl, I believe in praying for miracles and getting just what we need when its all said and done.

Thanks, girls. I keep telling myself that it could be worse, and am grateful we have a roof, heat, light, and wheels that turn and take us places. Mine may have to take me to a local employment hunt service - cuz I think this means I'm going to have to back burner the beads and find a job at 53. Wish me luck!