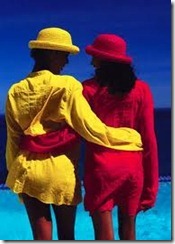 There’ve been songs and sitcoms, movies and books devoted to the friend.  Everyone has them.  And I dare anyone to say they aren’t grateful for at least one of the friends in their life.  In my case – I have about a dozen – give or take.  In the form of what I like to call ‘The Thursday Girls’.
I wish I had a group photo of them – but have never quite had the opportunity.  The original intent of the group was prosperity and positive thought – and all of the meditation, study and thought processes that went along with it.  I joined the group after it had been established for a bit – some of them I have known and admired for years – some I had never met.  There was even a man in the original group – making my name for them somewhat silly.  Some have gone their own way since (including that one and only man), and some new friends have joined. The original intent to meditate and concentrate on true prosperity has swayed a bit.   But there are those that have remained all the while; and remained true to the prosperous thought and happiness of everyone.  We share our joys, our grief, our sorrows with each other.  I even chose to leave the group behind for a bit late last year.  And realized not long afterward that I NEED them.  For encouragement, support and just plain girl talk.  So I’m back.  And this last week – I received from many of them just that – encouragement, support, love and a show of faith.  After the disappointing and financially devastating first few weeks I’ve had – I took a chance, and offered a tray or three of jewelry pieces to them at a special price.   I never expected so many to take me up on the offer. I expected 1 or 2 sales – maybe a pair of earrings or a bracelet – or two. So many wonderful pieces are now on the ears, wrists and necks of those that I am close to – or someone that they are close to. Either way – the energy of love and thankfulness accompanies each one. And that’s a good thing.
I’ve also got a custom order and a sale made for next week already.  So grateful.  I would never ask or expect them to make a regular habit of it – nor would they feel obligated to do so.  So here’s to friends

those true & blue.  I so love and respect each one of you…
Peaceful beading,