Living in a Winter Wonderland

Hello!  Merry Christmas and Happy New Year!  We are winding down the year with quite the 'bang' around here - for those of you reading from far and away - I'm in what's called 'mid-Michigan' - near Lansing, the capitol city.  And WE - along with a few other states - were just devastated by a wicked nasty ice storm last weekend - which left most of us without power for days.  Without the ability to cook.  Without the ability to see after 5pm without flashlights.  Without Christmas basically.  Here are a few LOCAL photos of our neighborhood - I wanted to get a few more of other places with much, much more damage (like my mother in law's neighborhood - it looks as though bombs went off - and they are still without power after 7 days), but haven't had the camera when the opportunity arose.  Oh well...I'm sure many of you have seen the news footage.  I'm not sure a natural disaster is a good way to become news - but news we are none the less... 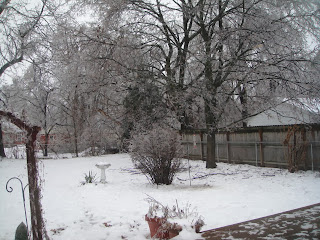 We didn't lose very many limbs at all compared to some - that garage on the OTHER side of the fence?  Tree limb down across it, as well as the major loss of a birch tree. 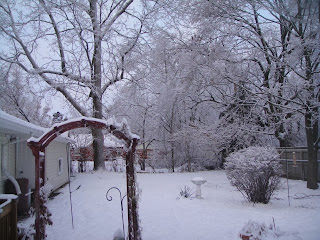 The storm left everything crystal and white - and it stayed frigid cold for much of week, hampering efforts of the power companies (not counting their own inadequate and inept management. Don't get me started again). 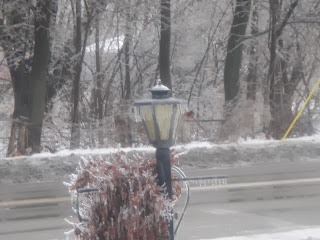 Those are icicles hanging from the lamp, the post, the clematis, and pretty much anything out there... 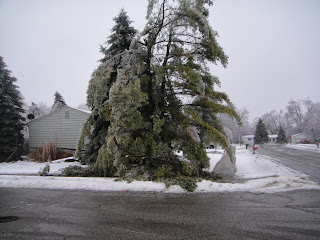 A walk through the neighborhood revealed many devastating losses - this tree is now half the tree it was; and there were many, many limbs down, blocking walkways, roads and even damaging cars and homes. 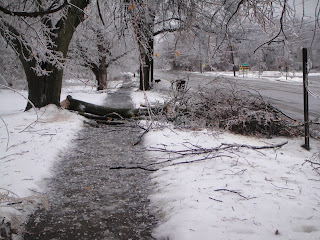 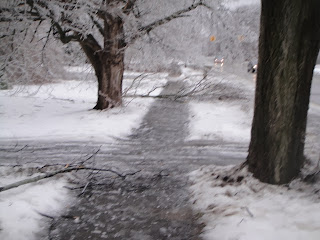 That yellow spot near the upper right?  A traffic signal gone dark - one of many. 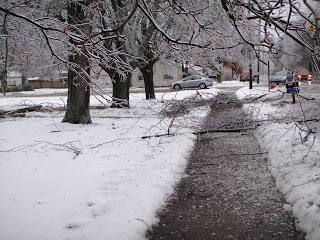 We here in Holt, a small close suburb of Lansing, were without power for 4 days.  I stuck it out under sweaters, socks, blankets and dogs for 3 of them. 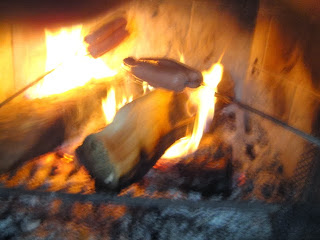 We did our best to stick it out - had a picnic or two in front of the fire, and read books by battery run LED headlamps.  Alas - in the afternoon of day 3, I could handle it no more.  Yep - that thermostat reads 50 degrees - it ultimately reached closer to 40. 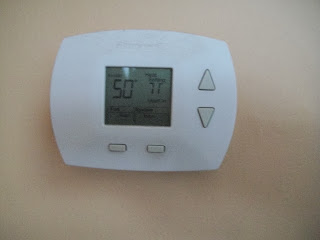 We accepted the invitation of my husbands cousin, who was gracious enough to not only take us in for the night, but also the dogs.  I know.  I know.  They probably would have been fine; but Zeus is getting up there (almost 12 years old) and has arthritis.  He was visibly shivering from the cold.  It made me feel better to know they were safe and warm with us.
Our Christmas was still dark for all but one aunt, so although her home was Christmas tree-less (she had planned to spend most of her holiday with US) she accepted us all (12 altogether in a 2 bedroom home) for gifts, dinner, and family time.
This entire ordeal has put many things in perspective for me, and I'm sure for a great many others.  It really didn't matter to us if we had Christmas ON what people consider to BE Christmas.  We managed to be able to do so, but more importantly - we were all together as a family.  THAT was the important part.  I know many families that are celebrating their holiday today - and some still waiting due to the ineptness of the power company.  (again - I could rant all day).   My mother in laws neighborhood is just one of many still cold, dark, and suffering from more than cold - but water back up, frozen pipes, radiator leakage, food spoilage and more.... we did what we could to help my MIL yesterday - but until the power returns, we won't know the extent of the 50+ year old steam heat (water based) furnace damage.

Through it all, though, there are many, many stories of survival.  Of helpful neighbors.  And strangers.  A quote that I posted on Facebook the other day really says it all: 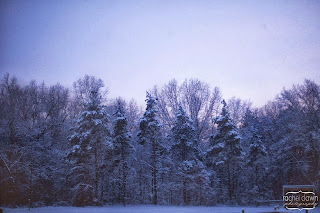 Along with all the ice, and about 3 inches of snow on top of it, came much, much beauty to behold as well.  This is a photo taken by my niece, Rachel - www.racheldawnphotography.com  of the trees in the back of the horse pasture at my brother in laws place... serene. quiet. beauty. 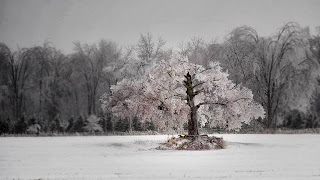 It's been a crazy end to a crazy mixed up year; but through it all - the beading continues - along with the plans.  I have decided that until I come up with a BETTER plan - the Etsy shop will have to do for jewelry sales.  So look for the announcement, and a new look to the shop (still using the name shescool on Etsy) sometime in January.  I'm also hard at work on NEW gallery pieces for The Shiawassee Art Center in Owosso.  Although they too were without power for a few days - the sales for the holiday season were great, I sold a few things, AND - most importantly - THEY LIKE ME!  THEY REALLY REALLY LIKE ME!  and have asked me to return again for another 3 month gig starting next weekend!  SO - here's sneak peek just for blog readers of a couple pieces heading their way: 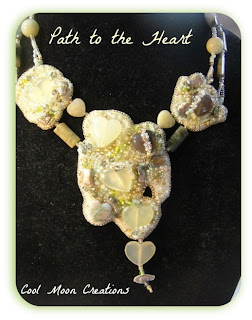 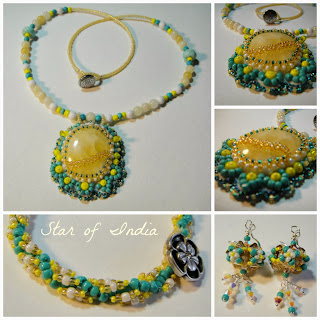 I am SOOOOO looking forward to 2014.  I have a feeling it's going to be a great one - it almost has to be! 2013 will be seriously EASY to top, and I for one am glad there are only 4 days left of it!
Have a wonderful rest of YOUR year, and see you again in '14!
Happy New Year!
And as always - Peaceful beading,
TTFN

All is merry and bright aka a look back....


After quite the slow start to what I had deemed my "year of Sheryl", 2013 DID turn out to be quite the year.  It had it's ups - some new opportunities, a magically beautiful garden full of surprises, and fun with hubby as usual, just to name a few.    It also had some downs - a bad show or two, closing the Etsy shop, and having to give up my precious wheels (which still have not been replaced).  I came face to face with those that had hurtful words, and am grateful to those that helped me through.  It was a learning experience, and I hope that I learned to think before I speak, and only speak in kindness to others.  I made some new friends, became better friends to some, and unfortunately lost a few along the way as well.
Life goes on...
So here's to hoping 2014 will be as good and EVEN BETTER than 2013 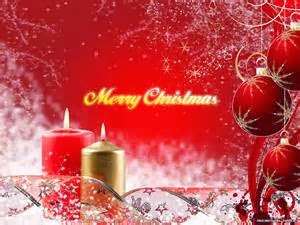 .  I plan to listen, love and live more than ever before, with the help of those I love most.  And as usual - doing it all while beading is at the top of the list!   I may not make it back to the blog this year, so let me wish you joy and good cheer and for a beautiful start to the coming new year....


Peaceful beading,
TTFN
Posted by coolmoon at 7:49 AM 0 comments